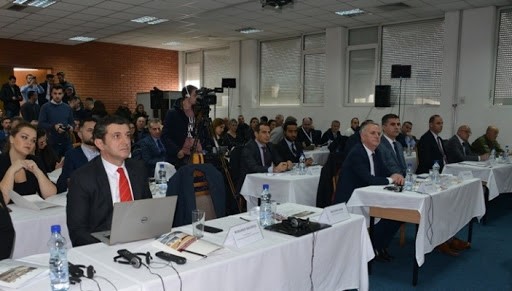 The conference also included official and international representatives of AMRKS partners from Europe. The conference was attended by Academy Director General Ismail Smakiqi, Deputy Director General of Kosovo Police Sadin Mehmeti, Temple College Director Muhammad Krasniqi, Mayor of The Municipality of Vushtrri, who was in the acting position of a representative of every other security institutions in the country, as well as students from Tempulli college and Faculty of Public Security.

In contrast, during this conference it was said that during 2019 there were 16,000 and 199 accidents in which 113 people had already lost their lives.